Born in 1955, Shamkhani is an Arab from Ahvaz near the Iraqi border. He commanded the Revolutionary Guards Navy during the 1980-1988 war with Iraq. Shamkhani served as defense minister under reformist President Mohammad Khatami between 1997 and 2005. As defense minister, he played a leading role in improving relations between Iran and Persian Gulf sheikhdoms. In 2004, Shamkhani received Saudi Arabia’s highest medal, the Order of Abdulaziz al Saud, from King Fahd for his efforts. Shamkhani directed the Iranian Armed Forces’ Center for Strategic Studies from 2005 until his appointment by Rouhani.
The following is a rare interview that Shamkhani gave while defense minister. It originally appeared in the Los Angeles Times on November 15, 1998.

Ali Shamkhani
Iran's Top Defense Official Probes Depth of Detente With U.S.
By Robin Wright
November 15, 1998
TEHRAN — Ali Shamkhani might not be Iran's top military official today if only he had liked Los Angeles a bit more in the mid-1970s. After high school, Shamkhani went to Los Angeles with his father and two brothers. His brothers stayed, one to study medicine, the other mechanical engineering, but not Shamkhani. "I didn't approve of the culture," he explained during a recent conversation in his large office in Tehran's Defense Ministry Building No. 2.
So, he went home to study engineering at Ahwaz University in the city where he was born--and charted a far different course. While at college, Shamkhani launched an underground movement to challenge Iran's monarchy. After the 1979 revolution, when he was still in his 20s, Shamkhani was rewarded with a job as deputy commander of the new Revolutionary Guards. During Iran's 1980-88 war with Iraq, one of the century's grisliest conflicts, he led key ground offensives. Afterward, he was named commander of Iran's navy, reaching the rank of rear admiral before he hit 40. Last year, after a stunning presidential election upset by reformer Mohammad Khatami, Shamkhani was tapped to be defense minister. Today, Shamkhani, 43, heads a force of more than 500,000, the largest military in the Middle East.
Marine Corps Gen. Anthony Zinni, head of the U.S. Central Command, said Khatami's victory had produced "a more polite and professional attitude" among Iran's naval forces in the Persian Gulf. In contrast, he said, a year earlier he "went to bed worrying that we would have a confrontation at sea" because of a "very hostile" Iranian navy. But Zinni also charged that Iran's naval buildup of antiship missiles and mine-laying submarines, plus a nuclear-weapons program that could be "on track within five years," will make Iran "a more significant problem than Iraq. . . . In the longer term, Iran is a greater threat." He also charged that the Islamic republic still has not abandoned efforts to build weapons of mass destruction or support extremist groups.
In a CNN interview in January, Khatami proposed people-to-people exchanges with Americans to tear down "the wall of mistrust." Since then, both Tehran and Washington have launched the most serious efforts in two decades of hostilities to repair relations. But Zinni's warning underscores the fact that the biggest gap between the two countries remains in the defense arena. 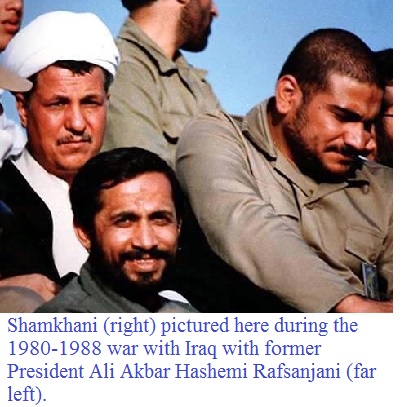