Iran has one of the worst records on gender gap, according to a new report by the World Economic Forum. The Islamic Republic was ranked 130 out of 136 countries overall [more than 50 countries were not included in the survey]. Iran has fallen in rank the last four consecutive years. It received especially poor ratings in terms of women’s economic participation and political empowerment. But Iran had somewhat better rankings in the areas of education, 98, and health, 87 out of 136. The following are excerpts from the report with a link to the full text at the end. 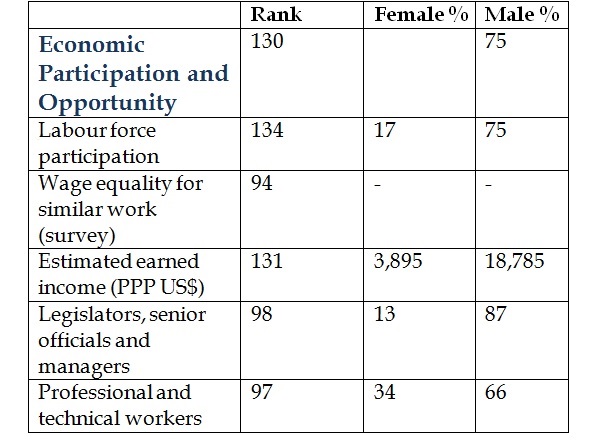