The new diplomatic initiative between Iran and the world’s six major powers has inspired cynical political cartoonists on all sides. But the sharpest cartoons have run in the Iranian and American press. They reflect longstanding suspicions between the two nations, which have not had relations for 34 years, about whether the talks in Geneva will produce a deal resolving the controversy over Iran’s nuclear program— and ensuring that Iran can have nuclear energy without a capability to produce a bomb. The following are a selection of cartoons reflecting the skepticism about each other’s true intentions.

From the Iranian Press 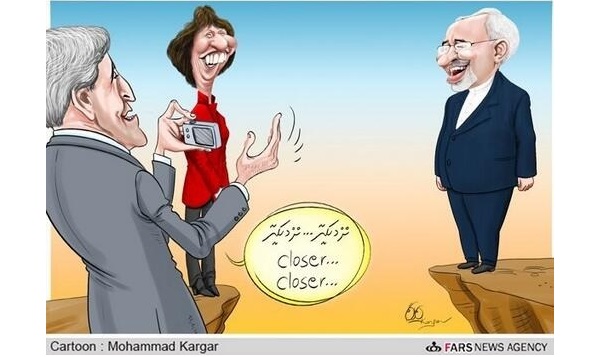 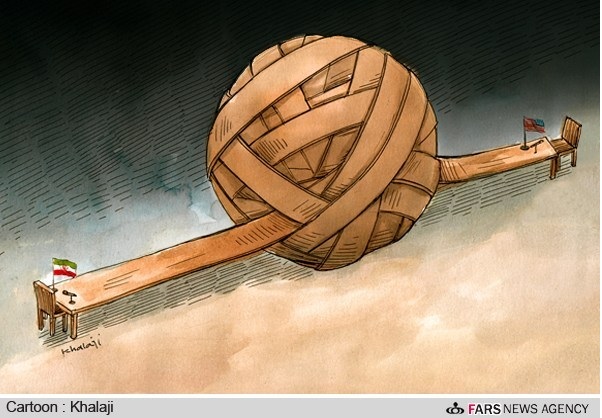 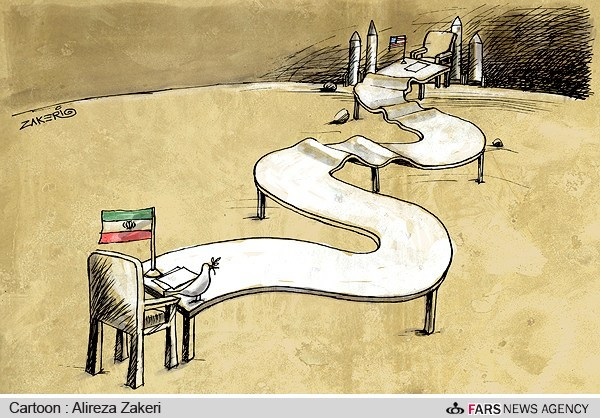 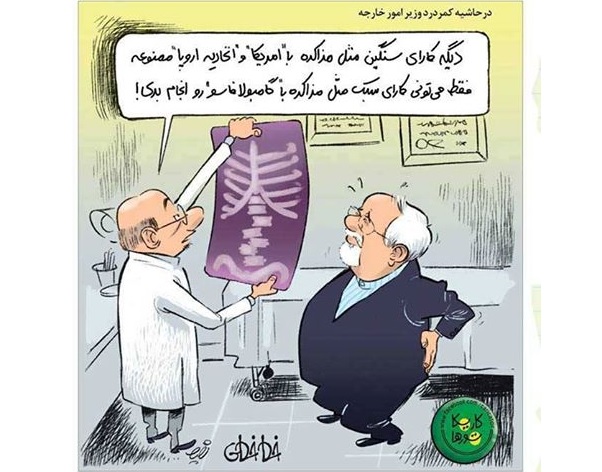 “From now on, heavy work, like talks with America and the European Union, is forbidden. You can only do light work..."
Zarif attended the first round of talks in a wheelchair due to intense back pain. He attributed the muscle spasms to stress from hardliner criticism of his meeting with Secretary of State John Kerry in September in New York. Zarif lay on a bed during his flight to Iran. 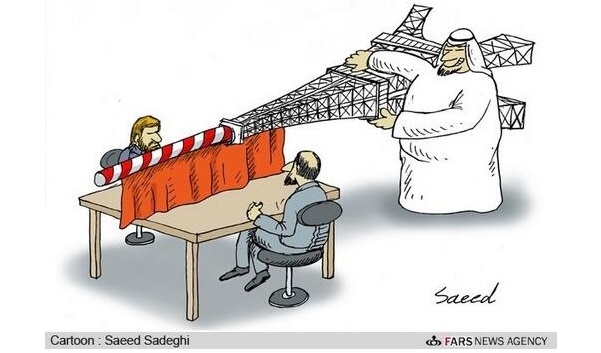 In Tehran, the failure of the second round of talks were widely blamed on France's last minute stipulations.

From the American Press 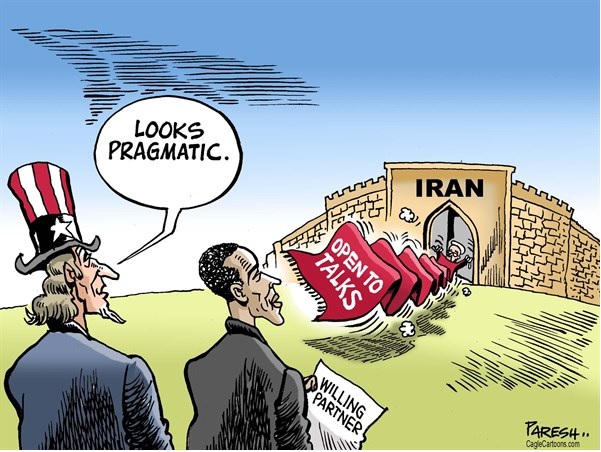 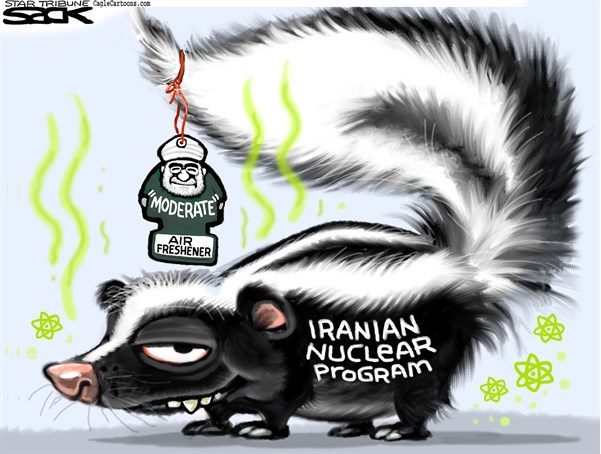 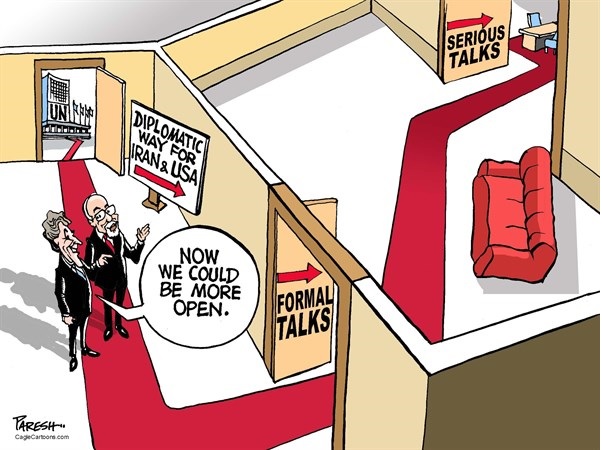 Hanif Z. Kashani, a consultant for the Woodrow Wilson International Center for Scholars Middle East Program, contributed to this roundup.