President Mahmoud Ahmadinejad leaves office with little to show for his eight years in power. Iran’s toxic economy is often blamed on his mismanagement as much as on international sanctions. Politically, his reelection in 2009 ignited the largest protests since the 1979 revolution. By 2013, even his peers charged that he was aligned with a “deviant current.” All eight candidates campaigned on anti-Ahmadinejad tickets in the mid-June election to replace him. Even the supreme leader, who once put his own credibility on the line to support Ahmadinejad, openly criticized him. 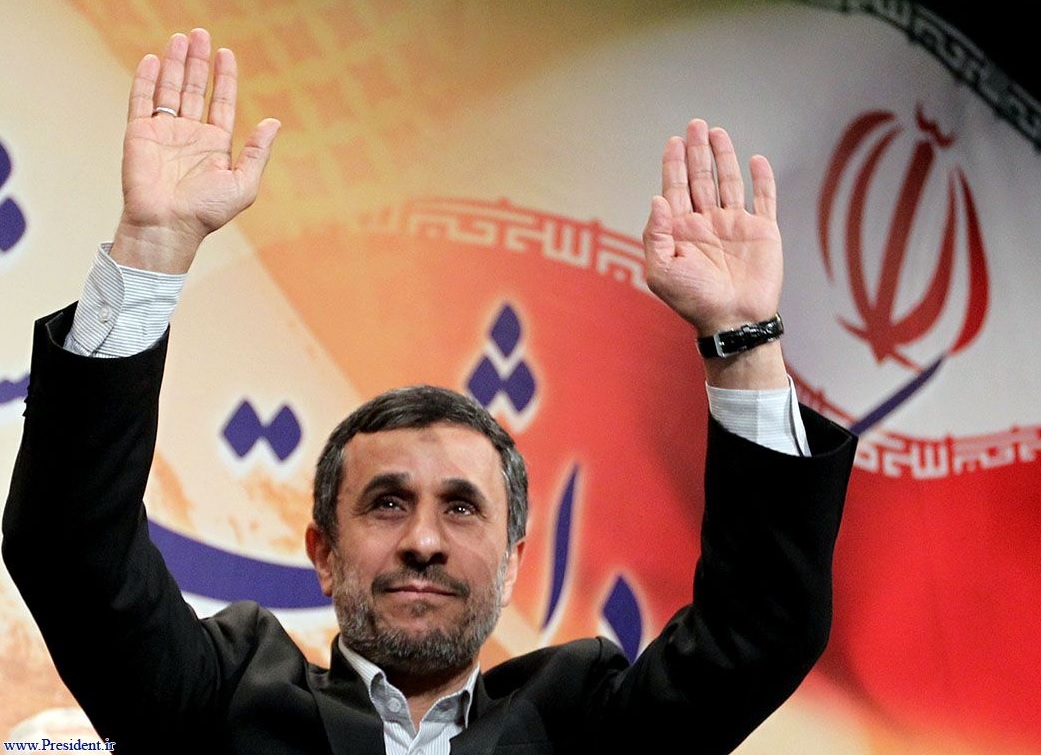 But Ahmadinejad may best be remembered for his utterances, which ranged from grandiose to history-defying. Even his humor was puzzling.
"I have traveled to all the continents except for one, and I know what is going on out there. Everybody is eager to hear the Iranian people’s message. The world is rapidly becoming Ahmadinejad-ized, if I’m allowed to make a joke," he said in 2006.
Throughout his two terms, Iran’s sixth president never seemed troubled by the furious, frustrated or mocking backlash. The following top 10 quotes represent Ahmadinejad’s rhetorical legacy.

#1 The U.S. orchestrated the 9/11 attacks
"Some segments within the American government orchestrated the attack to reverse the declining American economy and its grips on the Middle East in order to save the Zionist regime… The majority of the American people, as well as most nations and politicians around the world, agree with this view."
Speech to the United Nations, September 2010
#2 Osama bin Laden was in Washington D.C.
"Our position is quite clear. Some journalists have said bin Laden is in Iran. These words don't have legal value. Our position towards Afghanistan and against terrorism is quite clear... I heard that Osama bin Laden is in Washington, D.C…Yes, I did. He's there. Because he was a previous partner of Mr. Bush. They were colleagues in fact in the old days. You know that. They were in the oil business together. They worked together."
Interview with ABC’s George Stephanopoulos, May 2010
#3 The Holocaust did not happen
"They [Western governments] launched the myth of the Holocaust. They lied, they put on a show and then they support the Jews. The pretext for establishing the Zionist regime is a lie … a lie which relies on an unreliable claim, a mythical claim, and the occupation of Palestine has nothing to do with the Holocaust."
Speech in Tehran, September 2009
#4 Israel will be wiped off the map
"Anybody who recognizes Israel will burn in the fire of the Islamic nation's fury."
Speech to World Without Zionism student conference in Tehran, October 2005
"We say that this fake regime [Israel] cannot logically continue to live… Open the doors (of Europe) and let the Jews go back to their own countries."
Comments to reporters in Tehran, April 2006
"Those who think they can revive the stinking corpse of the usurping and fake Israeli regime by throwing a birthday party are seriously mistaken."
Comments on Israel’s 60th anniversary celebration, May 2008
#5 Iran has no gays
"In Iran, we don't have homosexuals like in your country … In Iran we do not have this phenomenon. I don't know who's told you that we have this."
Speech at Columbia University in New York, September 2007
#6 Suicide bombers are the supreme weapon
"Iran can recruit hundreds of suicide bombers a day. Suicide is an invincible weapon. Suicide bombers in this land showed us the way, and they enlighten our future."
Comment during visit to training camp, April 2007
#7 Iran's enemies are idiots
"We thank God that our enemies are idiots. We don’t need you. It is you who need the Iranian people. This is the funniest decision I’ve seen."
Comment after the International Atomic Energy Agency reported Iran to the United Nations for failure to cooperate on nuclear inspections, February 2006
#8 The West created HIV to plunder Africa
"Today there is this outstanding question about why so many killer viruses, including the HIV virus, have spread all over the world. Many so-called experts say the spread has come as a result of vices and immoralities… Then how is it that at the same time they find these viruses in some African countries? It is obvious that the African countries must be plundered of their wealth and resources. The major powers and despots are behind the development of these diseases so they could then sell their drugs and medical equipment to the poor countries."
Comments in Tehran, January 2012
#9 Iran should reverse family planning and double its population to triumph over the West
"I am against saying that two children are enough. Our country has a lot of capacity. It has the capacity for many children to grow in it. It even has the capacity for 120 million people. Westerners have got problems. Because their population growth is negative, they are worried and fear that if our population increases, we will triumph over them."
Comments on his goal of doubling Iran’s population, October 2006
#10 Jesus Christ will return with the Muslim Mahdi
"All I want to say is that the age of hardship, threat and spite will come to an end someday and, God willing, Jesus would return to the world along with the emergence of the descendant of the Islam’s holy prophet, Imam Mahdi, and wipe away every tinge of oppression, pain and agony from the face of the world."
New Year’s greeting to Christians, December 2006

Robin Wright has traveled to Iran dozens of times since 1973. She has covered several elections, including the 2009 presidential vote. She is the author of several books on Iran, including “The Last Great Revolution: Turmoil and transformation in Iran” and “The Iran Primer: Power, Politics and US Policy.” She is a joint scholar at USIP and the Woodrow Wilson Center. See her chapter, “The Challenge of Iran” from "The Iran Primer."