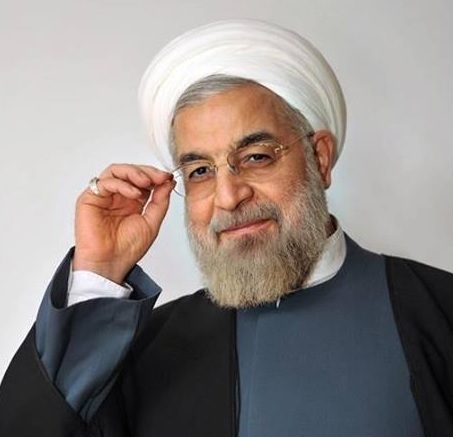 During his first month in office, President Hassan Rouhani’s office tweeted extensively on women’s rights, job creation and foreign policy. He promised to take decisive action to fix the economy within 100 days. But Rouhani also warned, “I'm no miracle maker” in one tweet. “National unity, building bridges not walls, hard work, #dedication, #prudence and #hope however might lead to miracles,” he added. The following is a rundown of Rouhani’s tweets on key issues in August. 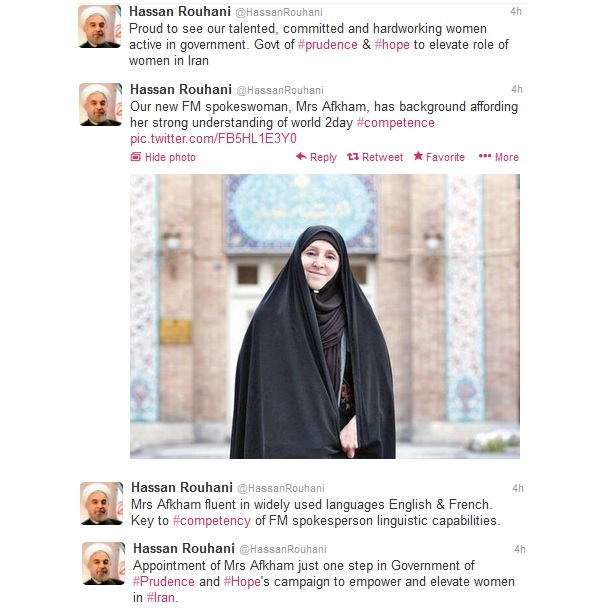 On the Economy
Rouhani pledged to take quick and decisive action on the economy within his first 100 days in office. One tweet indicated that his administration will share the results of new policies with the public. Rouhani previously claimed that job growth under Mahmud Ahmadinejad’s administration was exaggerated.

On Egypt
Rouhani warned Egypt’s army to not “suppress” its own people, alluding to violent crackdowns on supporters of ousted President Mohamed Morsi.

On Foreign Policy
Rouhani’s tweets emphasized Iran’s desire to improve its relations with other Middle Eastern countries. His account posted a picture of him with Oman’s Sultan Qaboos bin Said al Said, the first foreign head of state to visit Tehran since Rouhani’s inauguration. 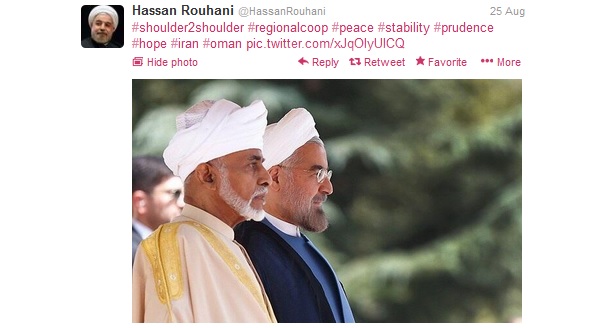 On Sports
Rouhani’s account has kept close track of Iranian teams competing internationally. @HassanRouhani has posted more than a dozen messages congratulating men’s and women’s teams on their wins. The men’s basketball team was the most recent victor. 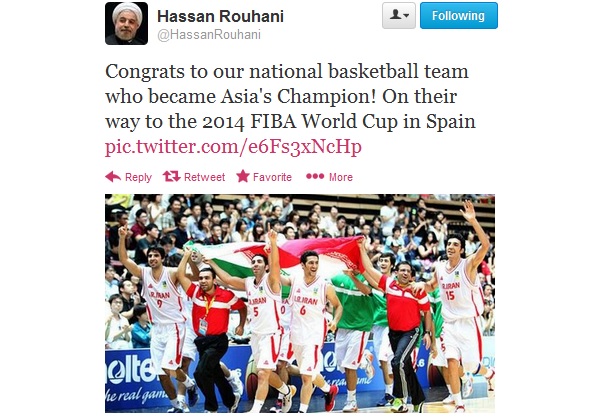 On Syria
Rouhani’s tweets encouraged outside powers to help facilitate dialogue between the regime and the opposition instead of arming the rebels. 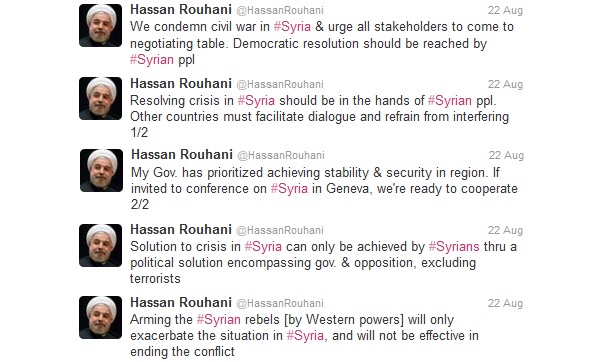